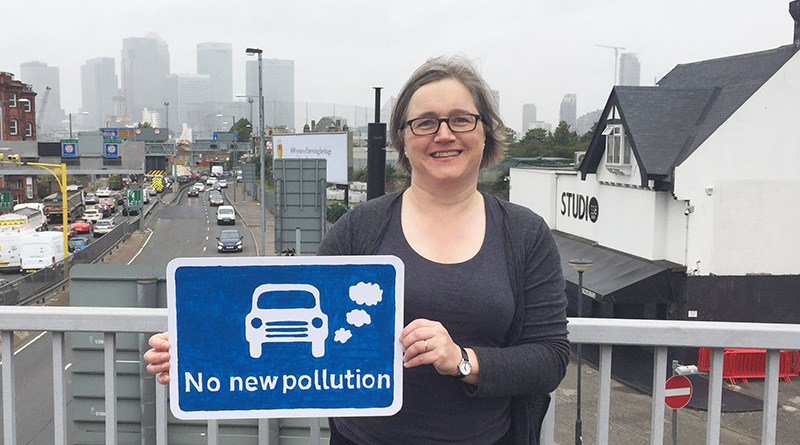 My colleague Caroline Russell AM has criticised the Mayor of London’s failure to stop work on the Silvertown Tunnel while he conducts a ‘joined-up review’ of river crossings in east London.

At the Mayor’s Question Time meeting this morning, the Green Party Member of the London Assembly urged the Mayor to withdraw an application for powers to build the four lane motorway under the Thames in east London. The Mayor refused.

Boris Johnson, the previous Mayor of London, asked the government for powers to build the Silvertown Tunnel in one of his last acts as Mayor.

Sadiq Khan promised in April 2016 to conduct a “proper joined up review, looking at river crossings and improved public transport connections east of Tower Bridge, but in a strategic fashion, not piecemeal…”

“It is very disappointing that the Mayor wants to push ahead with the hugely damaging Silvertown Tunnel. Sadiq Khan‘s river crossings review will be a sham if he lets plans for this major crossing reach an advanced stage.

“New roads bring new traffic and pollution. East London is already one of the most polluted parts of the capital so building huge new roads would make a bad situation even worse for local people.

“I will continue to urge the Mayor to think again, stop wasting Londoners’ money on the Silvertown Tunnel plan and focus instead on building public transport, cycling and walking crossings instead.”

You can watch the full question session at Wednesday’s Mayor’s Question Time here: