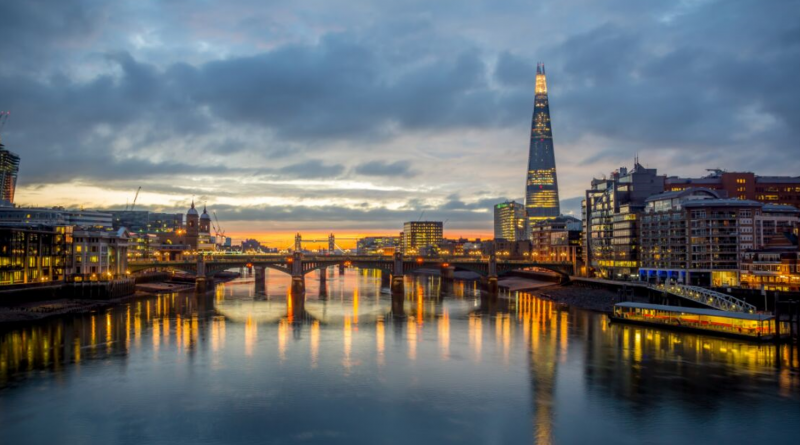 We are living in a warming word – and we aren’t ready. This year we saw the hottest February on record when Kew Gardens hit a high of 21.2°C, and then the hottest Easter since records began. This was on top of the heatwaves we experienced last summer.

I called on the Mayor and the London Assembly to stand with me and declare a Climate Emergency in December 2018, and I’m very glad they did. Other major world cities have since followed – most recently Auckland in New Zealand.

But just declaring a Climate Emergency is not enough on its own – we need to act now and really understand what we’re facing – so, I commissioned a report to look at exactly this, the risks London faces from climate change, and what I learned was very worrying.

Read the report in full here.

After I started working on this report members of Extinction Rebellion were rallying more and more people to their cause, leading to the headline grabbing occupations of places such as Oxford Circus and Waterloo Bridge in April of this year. This was fantastic in raising awareness about the risk of climate change, and I visited their protests every day on my way home from City Hall. I met with so many people who didn’t know what else they could do but be there to help increase the level of public alarm about the risks of climate change. 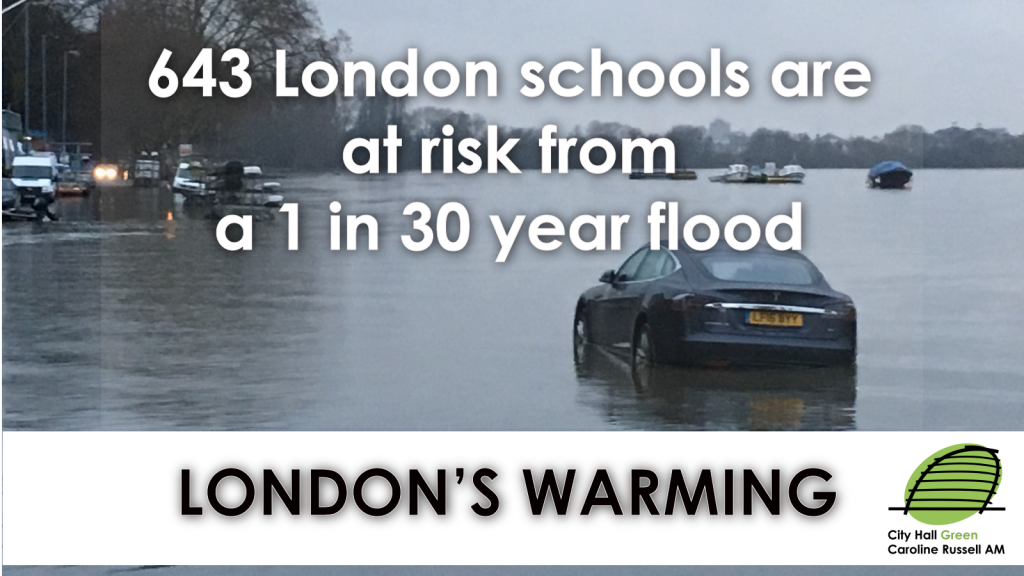 People are right to be concerned, London is an ancient city, and its buildings weren’t designed to keep us cool. My report found that two thirds of London flats could experience overheating by the 2030s, that’s people’s living rooms, bedrooms and kitchens hitting an unbearable 28 degrees.

Our vital services weren’t built with extreme weather events in mind, meaning that 23 tube stations are at significant risk of flooding, along with 643 schools. London’s businesses (particularly small, local businesses) are the least prepared for droughts and heatwaves and other growing threats such as flooding. 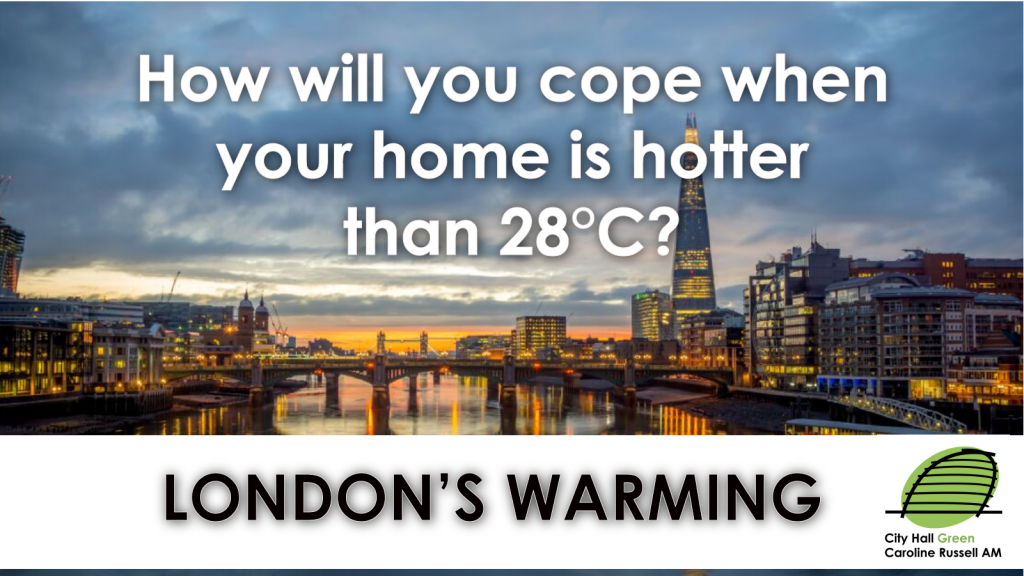 But we also found that there are gaps that exist in the evidence, for example we know how many schools are at risk of flooding, but there is a lack of research on the impact that this will have on things like teaching days and pupil attainment. There are also gaps in the research about what kind of impact heatwaves will have on employees’ wellbeing and productivity as a result of working in buildings that weren’t designed for these sorts of conditions. Anyone who commuted through last summer’s heatwave will know how unpleasant that was – these will be normal summers in the next couple of decades.

This gap in research was identified in both my report and Mott McDonald’s report from May 2018 that was commissioned by the GLA.

I asked the Mayor to fill these gaps when I questioned him at Mayor’s Question Time back in May. His response was lacklustre, dismissing the idea that more research is needed, which is nonsense.

He needs to commission more research so that we can make up the shortfall in the data that we have, so we can understand better what challenges we are likely to face and how we can best adapt to living in a warming word. I have submitted another question to the Mayor this month asking him to reconsider and do this vital work.

My report recommended that the role of the London Climate Change Partnership (LCCP) is enhanced to make sure that it can focus on the task of making London resilient. So, I asked the Mayor to increase their resources, he currently gives them £62,000 a year which funds one staff member, but he didn’t agree. His response was that he is already helping them. But what he is doing is not enough, he could do more, he needs to provide more money so that the Partnership can be more effective.

In November 2018 I asked him to commission an assessment of the economic risks of climate change and to include this in the data sets in the final Economic Development Strategy, but once again this was not done.

What we all do in the next decade will determine our future. It’s already a matter of life and death in many countries right now. What they are facing today, we will face tomorrow. The time for action is now. I urge the Mayor to tell the whole truth about climate change and fill the gaps that my report has shown, so we can know and deal with all the risks Londoners face. Climate adaptation is not getting the attention and resources it needs to help prepare London for the huge climate change impacts that we can expect.

He must prepare for these huge changes, London needs to be ready.