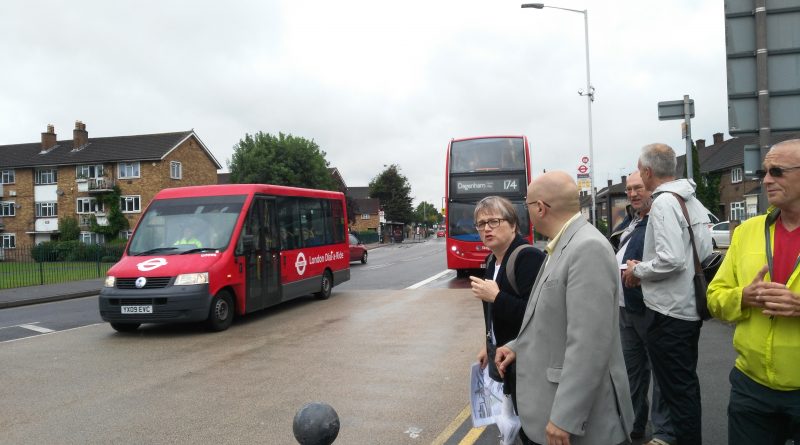 Bus drivers in London have been at the forefront of keeping our transport running to make sure key workers can get to their jobs during lockdown. Very sadly, to date 33 London bus workers have died from Covid-19, including 29 drivers. It seems that, as a result of being on the frontline, bus drivers have higher death rates from Covid-19. Figures released by the Office for National Statistics show that male bus and coach drivers have a rate of 26.4 deaths per 100,000 compared to 19.8 for sales assistants. I welcome the news that Transport for London (TfL) has commissioned a study looking at coronavirus infections and deaths among London’s bus workers.

Since early April, I have been in regular contact with Deputy Mayor Heidi Alexander asking what action the Mayor and TfL are taking to protect bus workers. From getting the basics supported, such as soap for hand washing, to covering over the holes in the Perspex screens shielding drivers and blocking off the seats nearest them, I have pushed for these steps to be carried out quickly across all bus operators. I was an early supporter of Unions’ calls to move to middle door boarding, which the Mayor was slow to introduce, but did so after successful trials. I also requested Personal Protective Equipment (PPE) for bus workers, but current World Health Organisation, Public Health England and Department for Transport advice doesn’t recommend it in non-care settings.

At the end of May, as one of the Government’s conditions for funding TfL buses have brought back touch-in payments, which require front-door boarding on most routes. Drivers have been further protected with the hatches where cash used to be taken and gaps around Oyster readers being sealed off. TfL has also now supplied drivers with face masks, although many had been forced to provide their own at the peak of the pandemic. And, while the Mayor has called for passengers to wear face coverings, which protect other people, Government guidance on masks is not clear so only some people are putting them on.

For those employees who have contracted Covid-19 or are self-isolating for up to 14 days, I pressed the Mayor to ensure that all bus workers, whichever operator they are employed by, get company sick pay from day one of their absence. This is to ensure that no person feels forced to go to work for financial reasons when they are ill or someone in their home has symptoms.

Finally, I have raised the issue of the risks of fatigue from changed timetables and fewer rest places open. TfL’s response was to put in ‘staff rest buses’ at stands and open up other facilities where possible. With bus services operating at 85 per cent of normal services and going up to 100 per cent as soon as possible, the Mayor needs to keep a really strong eye on the number of Covid-19 cases among bus drivers and limit their exposure to the virus as much as possible.