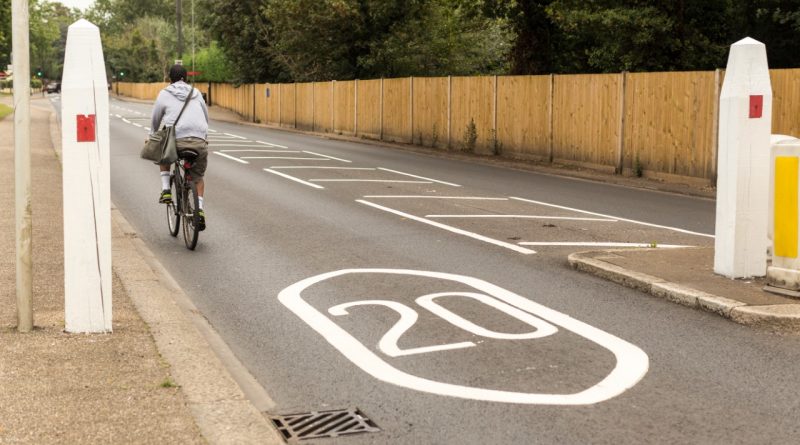 Across London we have seen a huge reduction in the number of vehicles on our roads as we stayed at home due to the coronavirus lockdown. Many of us have enjoyed the quiet that’s come with it as well as the welcome fall in toxic air pollution. Worryingly, however, this fall in congestion has given rise to people driving dangerously, thoughtlessly reaching reckless speeds, lured by an empty stretch of tarmac.

But, that supposedly deserted road is all too likely to have people walking on it, as they try to keep two metres apart from people queuing for shops, walking, jogging or cycling. Or, maybe there’s someone on a bicycle, just round the bend, travelling to work or taking exercise.

I recently met (virtually) with Detective Superintendent Andy Cox, lead officer for Vision Zero at the Metropolitan Police, to hear more about this problem. He has been raising the issue on social media, regularly tweeting stats on the outrageous speeds recorded, next to the actual speed limit. In one week alone, there were 1,379 speeding offences in London, compared to 297 the same week in 2019. Police recorded people driving at 80mph on 30mph roads and 36 others driving over 100mph. So, while I welcome the police’s new nationwide campaign – “Slow down and save lives” – reminding motorists to keep within the speed limit, we need to go further and reduce the national default speed limits.

I wrote to the Transport Secretary Grant Shapps about bringing down the national default speed limit from 60mph to 50mph, and from 30mph to 20mph on urban roads as an emergency coronavirus measure. If all urban roads with street lighting were to automatically have 20mph limits with a change to the default limit, there would be no need to change signage or road markings and it would be cheaper and quicker for councils to make the roads they control safer. Without a national policy, people crossing boroughs in London drive through constantly changing limits. Adding to the inconsistency, not all TfL-managed roads are 20mph, although, it has just made the limit on Park Lane 20mph to accompany its temporary cycle lane. Meanwhile, Wandsworth and Islington Councils have called on TfL to make all roads it controls in their boroughs 20mph to match their own speed limits. An emergency national speed limit would consolidate the patchwork of limits currently existing.

The Department of Transport response was extremely disappointing, point blank refusing to cut default speed limits across England to minimise road danger. While the Minister appears to support a 20mph speed limit, he misses the point that setting it as the default decreases the likelihood of collisions and lessens the severity of those that do happen, thereby reducing pressure on NHS acute services. Lessening demand on the NHS is the key ask from the group of medics and healthcare professionals Lower The Baseline, and stopping crashes assists with this.

The lockdown response to the coronavirus crisis has hugely reduced the number of journeys people are making, as we live more locally based lives. Since the current restrictions came in, there has been a notable increase in the numbers of people walking and cycling. This is not just people taking daily exercise but also includes a growing number of people travelling by bike or on foot to work in key sectors, including the NHS. With public transport capacity reduced by the need for social distancing, we will have gridlock and polluted air unless people are enabled to walk and cycle safely as we gradually return to work and other activities. It is crucial that speeding is taken seriously by the community and the police, and it is a real shame that Grant Shapps didn’t take up my suggestion to help councils swiftly bring in lower speeds.

I’ve just seen that Playing Out, the community movement for safer streets for children, have launched a petition to ‘Make Our Streets Safe for Social Distancing’. Do sign if you support the calls for 20mph speed limits for residential roads.