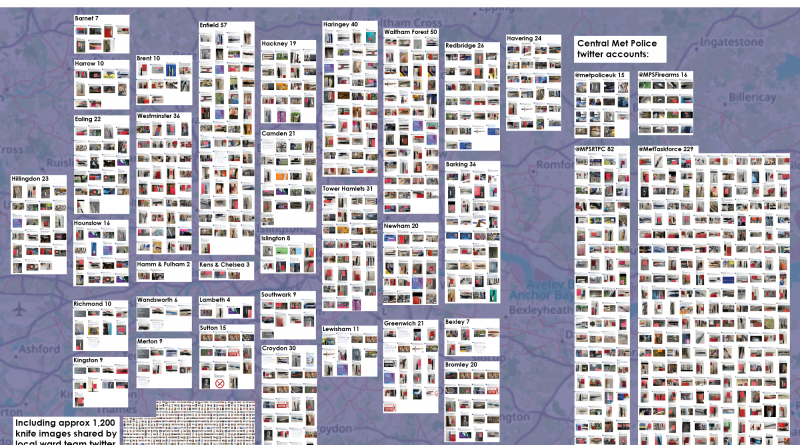 My research revealed that between July 2020 to August 2021 the MPS circulated more than 2,000 images of knives on Twitter.

Social media accounts run by police, from local ward teams to borough units, shared images of weapons found in knife sweeps, amnesty bins, and some stock images that weren’t originally from their area.

The full breakdown showed more than 2,100 images of knives on Twitter which is made up of:

Interestingly during the same time the Mayor’s violence reduction unit and his own Deputy mayor for Policing shared precisely zero images of knives.

Sheffield Hallam University announced in October 2020 that they were conducting a study to explore the impact of knife crime images on young people.

The research follows the decision from South Yorkshire Police and Thames Valley Police, to avoid showing knife images, for ‘fear that they are making the public more, not less, worried about knife crime’.

In October I challenged the Mayor about this at our Mayor’s Question Time – there are better ways to show the work the Met are doing on reducing knife violence than sharing images of terrifying knives on social media.

This has been a long-running issue, my Green colleague Sian Berry raised this with the Metropolitan Police Commissioner, Cressida Dick, in 2017 when she found that Hackney Police had been showing photographs of ‘zombie’ knives to children who looked to be still at primary school. 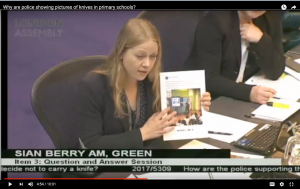 The Met need a strategic, coherent and age-appropriate plan about using any images of violent weapons – I don’t think they should be shared at all.

The Mayor says he wants to wait until research about the effect of knife images is released, but Assembly Members, young people, knife harm charities and academics have all been calling for this harmful practice to end.

The Mayor must use his influence as Mayor and Police and Crime Commissioner, to pause the sharing of images of knives on social media from MPS accounts until the research is published and a final decision can be made.

I wrote to the Mayor about this, and this week I will ask the whole London Assembly to join me in this call. Social media shouldn’t be plastered with images of terrifying knives – especially from the police.

While adults will see pictures of knives particularly when they have been taken off the street by the police as a reassuring message that these knives are in custody, children view them differently. It is a success story for the police, hard working police officers doing their job and doing it really well, I want to acknowledge that.

But it is how it is presented to young people, they will see ‘Goodness me, near where I live this big knife was found’. For some young people that will means as you correctly say, I need to think and scale up my protection.