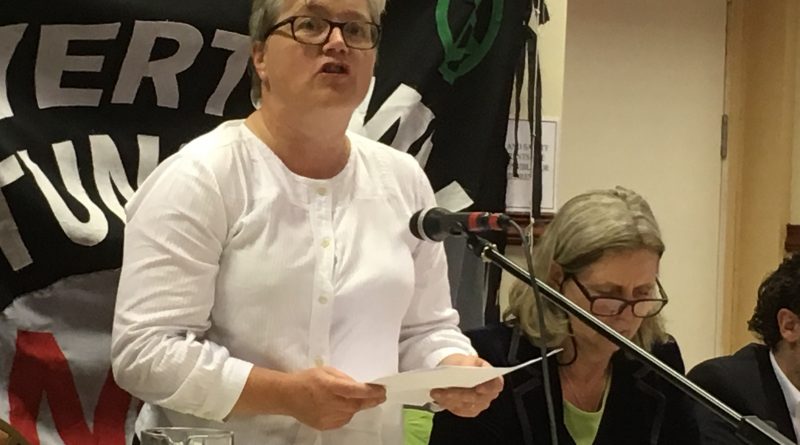 The proposed Silvertown Road Tunnel threatens communities in east and south-east London with a future of increased traffic and choking pollution. This new motorway link, paid for by future tolling,  would lock in heavy traffic and extra emissions – damaging the health of Londoners and the environment.

Campaigners have long opposed this tunnel and I continue to stand with them. The Mayor has defended the project as being a way to address pollution and insists that the income from charging for this tunnel makes it affordable.

Caroline Russell, a Green party member of the London assembly, said the tunnel was a “dinosaur” project. “The mayor is locking in high levels of traffic pumping through south-east London, which is completely inappropriate if you are trying to fix the air pollution crisis and tackle a climate emergency.”
– The Guardian, Silvertown Tunnel campaigners gear up for last stand

In the face of the climate emergency and air pollution crisis we shouldn’t be building new roads. Instead we should use smart, fair road pricing to reduce demand for driving  and invest in public transport alternatives to motor transport along with safe conditions for walking and cycling. I have recently written to the Mayor to underline these points as he threatens to sign the contract for this dinosaur road tunnel.

Read my letter to the Mayor and watch below when I challenged him over this toxic tunnel at Mayor’s Question Time on 20 June 2019.