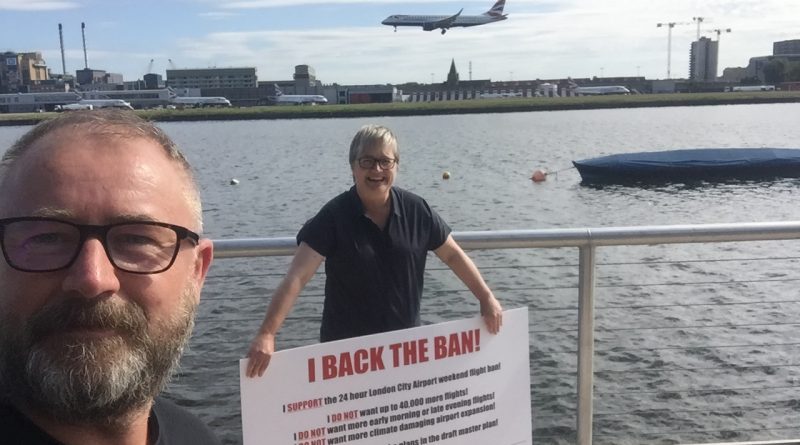 I wholeheartedly stand with the many overflown Londoners and have pushed back against City Airport’s plans to expand its operations.

I am happy to say that as the chair of the London Assembly Environment Committee, I have responded to City Airport’s expansion plans, strongly rejecting increased noise and reduced respite.

City Airport’s Draft Master Plan 2020-2035 proposes to almost double its passenger numbers and to increase its air traffic movements by 25%.

Many Londoners already suffer terribly from noise and disturbance caused by flights to and from City Airport. Under this new plan many more residents who will be overflown by new and more concentrated flight paths. Furthermore, the proposals would see the current weekend respite period reduced, meaning Londoners are blighted by aircraft noise every day of the week and for longer hours.

Even at current levels, many residents are suffering unacceptable levels of noise.

The World Health Organisation states that exposure to noise levels above 45 decibels is associated with negative health impacts. City Airport currently operates under a threshold of 57 decibels, although meter readings under overflown homes have been recorded at up to 75 decibels.

In addition to the misery these proposals would inflict on residents, the expansion of aviation during a climate emergency is entirely inappropriate.

I will continue to demand that Londoners’ quality of life is prioritised over the commercial interests of City Airport.

You can read the full text of my letter.