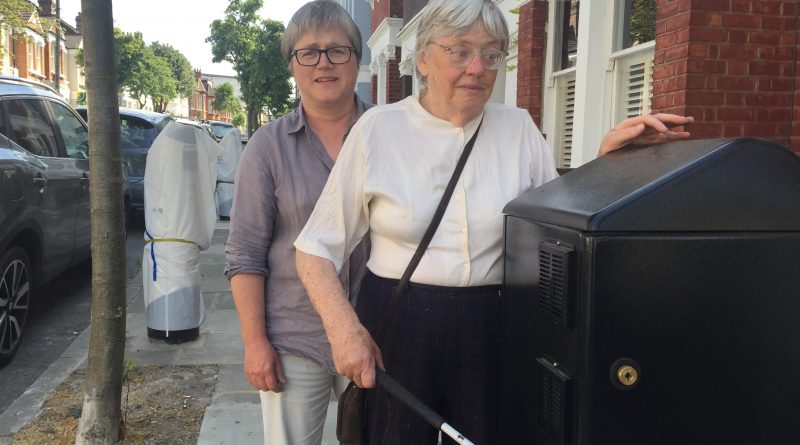 The implication of Wednesday’s judgement from a judicial review of the Mayor’s Bishopsgate A10 Streetspace scheme brought by United Trade Action Group (UTAG) and the Licenced Taxi Drivers Association (LTDA) is not as simple as it looks. The review reported here by the BBC examined the legality of the way that Transport for London (TfL) made decisions during the first lockdown to introduce the Mayor’s Streetspace plan.

What the review has said clearly is that taxis do have a special status in law, and TfL acted unlawfully by failing to actually make a clear decision that responded to that. In fact in reviewing TfL’s planning and guidance for Streetspace, the judge was frustrated that there were few references – if any – to what place taxis had in the plan.

The review importantly and rightly pointed out that decision making must be informed by the Public Sector Equality Duty. TfL was only able to show the court that it had considered the needs of disabled people after making a decision, not before. This is not acceptable, in fact it is disgraceful.

To be very clear, and contrary to what is suggested in some news reports, the review did not question whether the Mayor needs to act to reduce traffic and clean up the air.

The judgement which focussed principally on taxis, and the needs of disabled people didn’t say that reducing traffic and making more space for walking and cycling was wrong. What it said was that the way that the Mayor and TfL made those changes was not lawful, and that there should be proper engagement with disabled people, including using full Equality Impact Assessments to inform decision making.

It is of no benefit to making streets safer if schemes fail because of sloppy decision making processes that can’t stand up to legal challenge. After the CS11 judgement I asked the Mayor if there was a need to review procedures at TfL. His reply was complacent and dismissed my concerns.  If TfL and the Mayor had learned from the CS11 judgement they might have had a better process in place by now and avoided this latest challenge.

The pandemic has disrupted the daily flows of commuters and tourists who provide taxis with a livelihood.  The Mayor has the responsibility to regulate taxis, but not the resources to support them through this. It would be good if he developed clear guidance on the role of taxis in Streetspace and in our city especially while their business is so disrupted by coronavirus.

The Streetspace initiative has brilliantly adapted our city at pace to provide more safe space to walk, queue safely outside shops and make more trips by bike. This is a good thing while public transport capacity is reduced as we try to control the virus.  It is right to provide alternatives for Londoners, so people are not forced to choose between using a car and congesting the roads and worsening air pollution or filling public transport in a way that feels unsafe.

Streetspace must be accessible for children, older and disabled people so everyone can get around locally whether on foot, wheelchair, mobility scooter, bike or using a white cane – level pavements and proper tactile paving are crucial even in temporary schemes.

Last Autumn I discussed Streetspace with Transport for All, Guide Dogs UK and Wheels for Wellbeing.  They told me that apart from better engagement, they feel there are both basic improvements that could be picked up like more dropped kerbs, smooth pavements, reliable tactile paving, minimum lane widths to accomodate adapted bikes and more fundamental changes like always extending pavements with level extensions or having tapping rails around tables and chairs on the footway. Simple changes like these are the difference between a scheme being inclusive and not, and they should be planned from the outset.

None of this is news to the Mayor. I raised each of these issues with him in October and he claimed he was acting. Disability organisations have been calling for more engagement for years, and despite some moves by the Mayor I remain concerned that disabled people’s involvement in delivering safe inclusive streets is seen by TfL as optional. We need to listen carefully to the voices of disabled people and consider their needs before decisions are made – not after.

When I engaged with Transport for All last year, they had started an in-depth research project, into one of the key programmes within Streetspace, Low Traffic Neighbourhoods (LTNs). Areas of lower traffic, using measures to restrict vehicles from using minor or residential roads as through routes are not new in London, and this research has rightly looked at the wide range of impacts on disabled people – both positive and negative. As London moves to reduce traffic, tackle the climate emergency and provide more space to walk and cycle it is vital we all learn from research like this. Their report Pave The Way is published today.

The Mayor is seeking to reduce traffic in London with Streetspace, which I fully support, we have to do all we can to enable people to be active in their daily journeys and to clean up the air during this respiratory pandemic and after it. The question is about the way we deliver change, not the end results or even the principle of removing through traffic from residential streets or adding cycling and walking space to main roads.

It would be easy to believe from the discussion about the judicial review that taxis or disabled people can only gain if walking and cycling don’t. I don’t accept that. It’s not a one-way street. We need more people walking and cycling, and we do still need the ability to use some vehicles – bus, taxi or other – for those journeys that need it.

The Mayor is right to appeal the decision, to check carefully the implications, and there is a need, right now to include disabled people in the move to lower traffic, safer streets and to work with the taxi trade to find their place in a cleaner, greener post pandemic London. Streetspace needs improving, not removing.